Blog
News
Identifying Your Soul Mate - How Do You Know They’re Right for You? 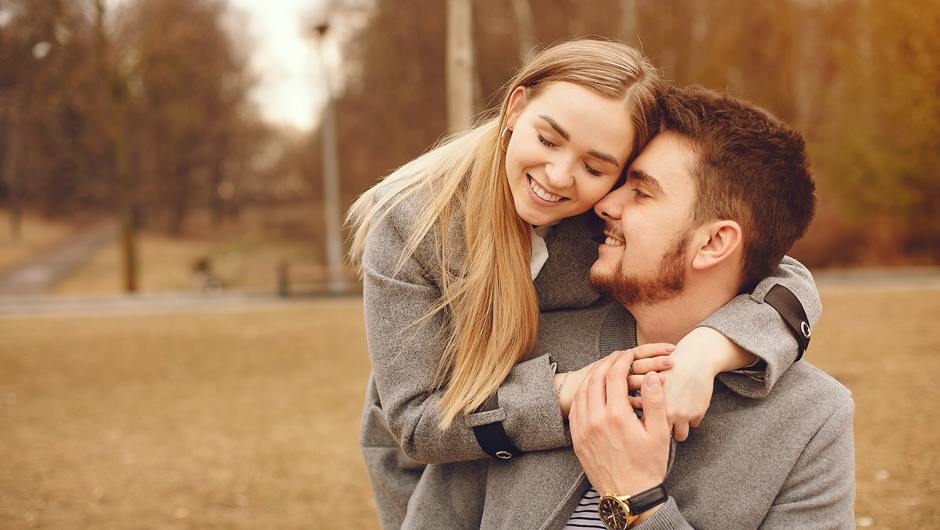 Identifying Your Soul Mate - How Do You Know They’re Right for You?

Speed dating isn’t something new. In many ways, it’s been touted as the shortcut to love for individuals who have pretty much become tired of old-fashioned dating. It’s a room filled with excitable people who are hoping that their dream match just happens to sit down opposite them for a few minutes.

It’s a concept that’s proven to work, but it’s a ton of fun at the same time. Sure, for the first time, it could be nerve-wracking, and it sets off all kinds of emotions that might leave you wondering, “what the hell am I doing?!” but stop and take a minute, and you’ll realize what’s going on. A quick scout of the room, and you’ll soon notice some beautiful people are following the same process as you, which means that you’re certainly not on your own!

Once the clock begins ticking, you’ll become faced by a number of different people. Some strange, some are crazy, some are friendly, and some might stop you in your tracks because their personality and looks set your heart racing. Typical speed dating isn’t the only solution out there either! Online rooms are replacing speed dating events during the pandemic and are bringing people together at a rapid rate, and that’s changed the face of hookups and relationships altogether. It doesn’t require you to determine whether an individual fits perfectly, just to receive that individual spark that can ignite the flame of future love… or something else. From online to offline events, you’ll still be required to determine if individuals are the right fit, so how do you do that?

What are the Crucial Aspects of Compatibility?

Compatibility doesn’t happen at the flick of a switch. Sometimes people confuse lust for being compatible, but there’s more behind the science of love. Every single relationship is based on whether you’re compatible across every level. From your personality to your traits and looks, they’ll blend together in a large melting pot to create that perfect blend of success, but what are the real signs?

There’s an Intense and Instant Connection

Some relationships take time to click because they take work, but that doesn’t instantly mean failure. However, some people have this instant feeling of love and that something feels right. Feeling happy, ecstatic, and intimate when you’re around someone could indicate that the relationship is built to last.

You’re Great on a Friendship Level

Many people believe that love and friendship cannot go hand in hand, but we think that’s wrong. Friends get along, so why shouldn’t friendship become a part of your relationship?

Friendship is strong, and a relationship whereby the two are friends has the perfect foundation for success. Love is important but acting like friends gives your partnership that additional element of strength. You understand each other, you get each other, and you share the same similarities when it comes to humour.

You Respect Each Other

You should never underestimate respect in any relationship. Whether your partner has a bad dress sense or watches a terrible TV programme, respect their choices and decisions. Everyone is different, so don’t expect to change someone because you might not like some of their mannerisms or ways, but that’s cool. If you accept them and respect them, then the feeling becomes mutual, and that indicates that you could be looking at your soulmate.

You Both Want the Same Thing

Venturing into a long-term relationship takes work, but it also requires both to have the same goals and visions. Do you want children? Do you want to move to the countryside in ten years’ time? Whatever you both want, if you are in agreement, then you’re more likely to be in a happy relationship.

A long-term relationship isn’t based on what happens daily. It’s built around what you’re both looking for moving forward. With one partner hoping for something different, a divide can begin to open, and that could lead to resentment.

They Push You to Do New Things

Not every person is outgoing and confident, and that’s fine. Despite this, a successful partnership can be based on two people pushing each other and challenging each other. This isn’t challenging in a competitive sense because it is about making the other person understand what’s possible. Furthermore, this challenge is met with support, and this combination is a catalyst for growth.

Many people consider relationships to be like skipping through a field of tulips with the sun on their back and birds singing, but it’s time for a reality check. Every partnership will face challenging times and conflict but rolling over and giving up is a sign that the relationship isn’t built last. In contrast, these challenges and obstacles require people to work hard at their partnership while fighting for each other. Both partners are desperate to keep the relationship alive and working.

Meeting at the speed dating event, feeling that spark, and finally entering into a relationship with someone who sends your heart all aflutter leaves you wanting to spend every waking minute with them. Despite this, you’re able to balance your time between other commitments yet always want to be back with your partner. Trust is clear, and jealousy isn’t an issue while spending time together brings the best out of you and makes you happiest. If being together is hard work, then it could be a sign that you’re on your last legs.

You’re Happy Being Yourself

In life, pleasing people requires you to alter your personality and character. It’s hard work, tiresome and false, but this should be avoided when in a relationship. Meeting and being with your soulmate enables you to be real and true. You’ll lay everything on the line, expose yourself in some ways and show your weaknesses, but that’s good. If your partner accepts these things and still feels happy around you, they’re your soulmate!

Red Flags - What Signs to Look Out For

Emotions and feelings run high in any relationship. There are those that are good and those that should set alarm bells ringing. The vital signs that could indicate a relationship aren’t working are trust and jealousy.

Trust is crucial because spending time apart requires each other to accept that the other is doing what they say. Gone for drinks with friends? Accept it. Gone to the gym to work out. Accept that too. Just because you’re not spending time together, it doesn’t mean the other is cheating or lying. A lack of trust leads to jealousy, and jealousy becomes a significant problem. The questioning, the arguing, the need to prove your actions. They all wear a little thin and become signs that the relationship isn’t quite how it should be.

Furthermore, arguments and challenging times require you both to strap yourselves in and fight for each other. Giving up and screaming “I hate you, we’re over” or “I don’t want this anymore” are probably the signs that inform you of what the other is thinking, or perhaps yourself. If sitting together to discuss problems isn’t happening when you fall out, then maybe you’re not meant to be.

Some people enjoy spending time with friends, working out or taking part in other hobbies. While these activities don’t pose any major concerns, if the balance tips in favour of these activities, then it’s time to open your eyes. If they’re spending more time doing other things than spending time with you, then it’s time to question their commitment. Lay it down and ask about things like this at the speed dating event if you’re looking for a serious relationship, as it’s best to know sooner than later.

What Should You Do with These Signs?

These negative signs might signal the end. However, it might not be the case. The last thing to do is walk away without getting to the bottom of the problems you’re facing. It’s crucial to talk about problems even if it ends with you parting ways. A simple discussion could also bring you closer together, providing you with an opportunity to explore the problems and identify solutions. Communication forms an integral aspect of every relationship, so it’s important to chat and explore deep and meaningful communications.

Your soulmate might be staring you in the face when speed dating or sending you messages online. Whatever the connection, understanding the signs will ensure you spend time focusing on the right people!