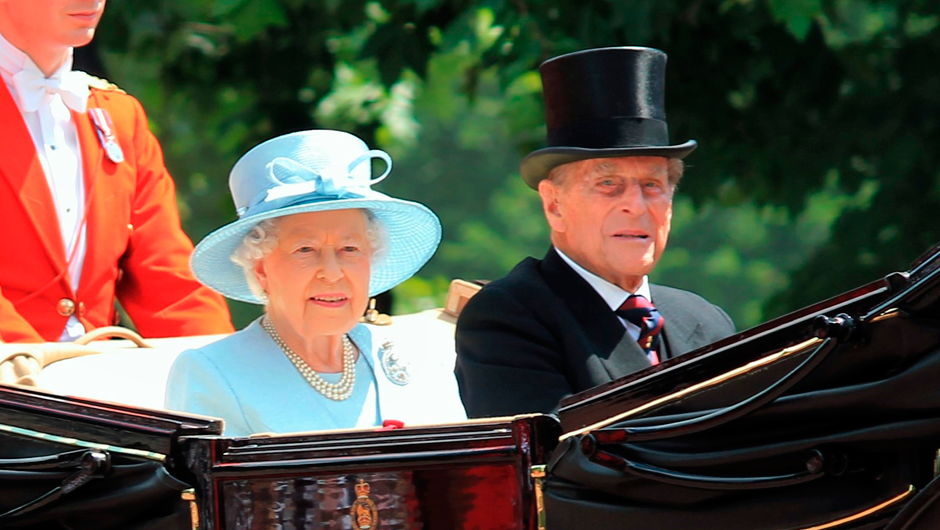 As the Queen of Britain, Elizabeth has reigned since 1952, and during that time, Prince Philip was always by her side. Until he passed away recently on the 9th April 2021, he was her rock, her confidant, and everything a husband should be. They were thrust into the public eye in 1952, and from that moment, their relationship was under constant scrutiny.

Despite living in a goldfish bowl, the Queen and her marriage to Philip lasted for a total of 74 years, and it proves how compatibility becomes an integral part of any relationship. Furthermore, they explored the same interests and passed through Royal training together. They shared a passion for horses and time outdoors, and both kept their emotions in check.

Despite them both seemingly being quite similar, they were, in fact, very different when we consider their characters and that perhaps proves that love requires some form of difference.

The Queen was cautious, very conventional, and passive. In contrast, he loved exploring and adventures while he remained active. He was short of temper, and he was known to shout at people (a true military man!), and she liked this trait in him. However, he was known to have a loose tongue and would often embarrass the Queen, although she’d never hold back in putting him straight. Again, this proves that understanding and respect formed the backbone of their relationship.

However, adoration was a clear element of their love because she’d wait for him at engagements. She’d spend time waiting as he chatted to people because she was willing to wait for her man. Their early relationship started off life very different to how it ended. He was extremely strident, and Elizabeth would accept this. As time passed, she learned to resist this, and with that came a harmony that strengthened their relationship.

Every element of his married life was nothing more than devoted to supporting her Majesty. He even forfeited his career in the Navy to stand by her side. He helped to instil confidence in the Queen, assisted her in overcoming challenges such as public speaking, and he was protective.

Stories emerged through the media throughout the years that they were struggling as a couple. Those stories or rumours would often be put to bed by images of them seemingly happy together. The evidence that their relationship struggled was lacking. However, not every relationship is happy and strong every minute of every day. Prince Philip was her rock, and he never held back when it came to praising her, calling her tolerant, claiming that this was single-handedly the main ingredient in any successful marriage.

She acknowledged that he was always having to listen to her speaking, which was expected given her role. However, her speeches would be shared with Philip, and he would always put her straight and share his thoughts. Upon his death, the Queen claimed that Prince Philip was never one for compliments. However, she made it clear that he had been her strength throughout their 74 years. She also stated that their entire family, as well as countries, owe a lot to Prince Philip because he was quite simply a remarkable man who held more power through his character and personality than he did through his position in the Royal Family.

The Love of Queen Elizabeth and Prince Philip

Every single marriage or relationship experiences challenges and problems. The secret to a healthy marriage seems to be tolerance, understanding, and acceptance, and both seemed to have this in abundance.

Their marriage can teach people a lot about strong relationships and what they entail. They’ve lived through wars together, they’ve lived through controversies within the Royal Family, and they’ve lived through the death of Princess Diana. All of these challenges have been played out in the public eye, which many might consider being more difficult when staying together. After all, most marriages and relationships are played out behind closed doors without others peering in. Throughout all of these difficult periods, their love has grown and supported them collectively and individually. So, with this in mind, what can we take from their marriage?

Despite compatibility, every single person embarking on marriage or a relationship has to display some elements of tolerance. We’re not all perfect, everyone has habits and ways, some of which will never change. It’s accepting these traits or ways and dealing with them that makes relationships stronger.

In Prince Philip and Queen Elizabeth’s case, their characteristics were both completely different, yet they fitted together perfectly. This comes down to old-fashioned tolerance and understanding what is required to make a relationship work. If one has a fiery temper, the other person has to accept this. If one person is quiet, then the other partner has to accept that this will never change. All of these characteristics make people who they are but giving up on people because of a lack of tolerance is not the route to a happy marriage.

Throughout their marriage, the Queen relied on Philip’s honesty. In fact, she thrived on it, and it’s the reason why she would always ask him to lend her his ear before giving speeches. He had no issue in informing her about the problems with the decisions she had made. Honesty is key in any relationship because it keeps everything out in the open. It ensures people share how they feel and what they think. Bottling all of this up can only lead to problems.

Many people feel that someone sharing their thoughts and feelings means change, but it doesn’t. Of course, what they share could prove useful, but it can lead to a healthy conversation and also underpins the importance of tolerance. Having an opinion and remaining honest ensures both parties remain on the same page, and this is where the Queen and Prince Philip excelled.

Whether it’s giving up a career or simply changing your plans on the weekend, commitment is the cornerstone of any relationship. Prince Philip is a prime example of this, giving up on the Navy to stay with the Queen. Remember, nobody is expecting you to give up your dreams, but small changes here and there can help.

The most important thing to remember is that commitment is a two-way street. It’s about both acknowledging that you’ve both got to give up something or accept something. This can be lunching with friends each week to change it to once a month. It can include giving up going to the gym to share the responsibility of picking up the children from school, so commitment can be anything, but it’s crucial.

What’s especially important is understanding the importance of working together. Relationships are much like the sea with tides or steak with a peppercorn sauce; without each other, they are nothing because they work together so brilliantly well. So, if you’re looking for inspiration on what a real dream-come-true marriage should be about, then take a look at Queen Elizabeth and Prince Philip. You could say that their relationship is the perfect relationship; they did last for 74 years after all!