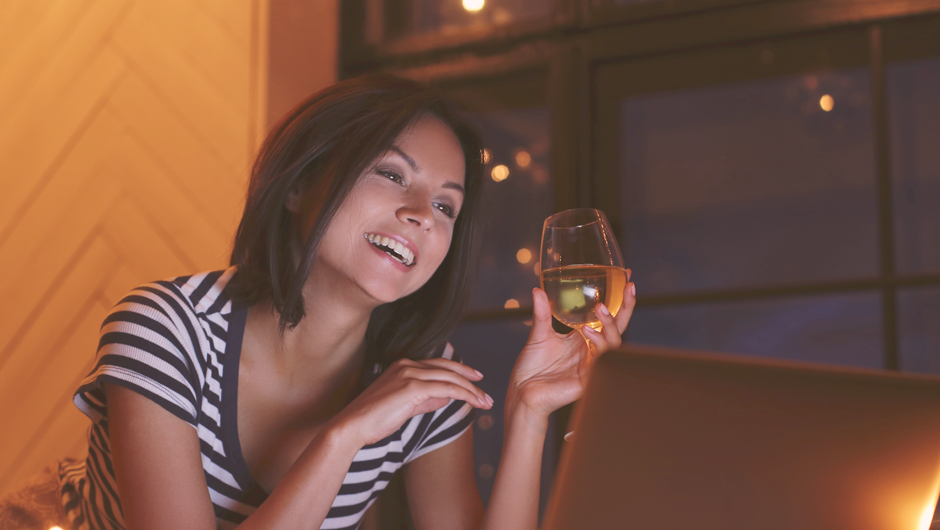 I hate dating apps. Despise them actually. The endless scrolling, crap one liners, fake photos and matches with guys that are just out to boost their weak egos, are just a few of the reasons why.

However, lockdown is putting a bit of a spanner in the works, when it comes to potential future dates, or even finding someone for a bit of WhatsApp banter.

As the days and nights merge in to one continuous loop of boredom, sadness, losing my mindness, and drunkenness, I really need to try harder to find some human interaction - and more importantly someone to flirt with.

I’ve been single for a few months now, and I’m not necessarily looking for a new beau immediately, it would however be nice to dip my toe in the water and make sure I’ve still got it.

I don’t know about you, but lockdown has actually affected my ability to hold a conversation with a real life person.

The couple of friends I have seen, for occasional walks in the park, have witnessed both parties stumbling over basic sentences and unable to come up with anything other than ‘whatcha been watching on Netflix’ to talk about.

So when I was told about Speed Dater’s event, hosted on Zoom, I jumped at the chance to take part.

I’ve never been real-life Speed Dating, but I’ve always been intrigued by the idea. Any boyfriend I’ve ever had, I’ve just met on a night out and technically that’s what Speed Dating is, so surely that’s more up my street than scrolling profiles on my phone.

Ask any of my girlfriends and they will tell you that my taste in men is slightly odd. For me it’s always been about that instant chemistry and ‘vibe’ you get off someone, rather than how fit they are - something which is just not possible to gauge on a dating app.

But I’m pleased to report, was possible over Zoom!

The evening started with the host chatting to everyone as one big group, with a couple of ice breaker questions and general chit-chat to warm everyone up.

This was a good chance to have a quick look at my upcoming dates before we all paired off.

It was explained that we’d have six dates, lasting six minutes - and would have the option to chat to the host if we needed any help, once we’d been put in our private meeting rooms.

The first date I was a little nervous, as I’m sure he was too, but I was pleasantly surprised.

Having only six minutes really makes you skip out the rubbish small talk. You get straight to whatever point you’re trying to get to, or find out things about the other one you really want to know.

Being able to see my dates in ‘real life’, bounce off each other when telling stories, and even something simple like hearing their voice, are all things that make me attracted to someone - again something you just can’t get when sliding into Tinder DMs.

After the six dates were up, everyone then came back together to finish their drinks and get to know all the others at the event.

At this point you could also send a private chat message to any of your dates. Luckily my favourite date messaged me to say I was also his favourite, which was obvs, well cute.

The morning after I had to fill out a form stating who I liked, disliked or who I’d want to be friends with. Out of the six, I said yes to one, I’d like to be friends with three and no to two. I think that’s pretty good going for a first timer.

If you’re bored of dating apps or have completed Tinder twice over, I’d really recommend one of these events.

They’re a great way to keep your spirits up during the last few months of lockdown, and who knows, by June, with the help of the Speed Dater events, you might have someone to meet in real life, already lined up.