Blog
News
10 signs he’s not into you 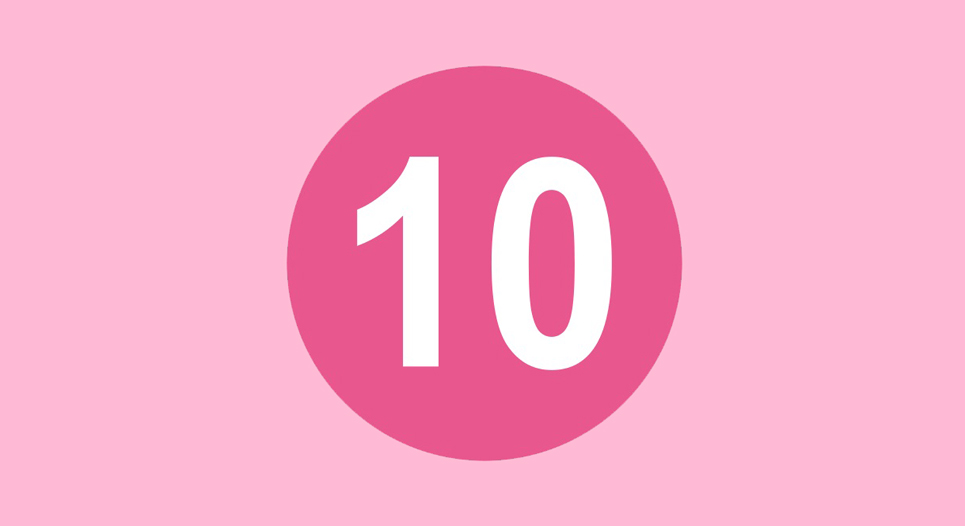 So you’re dating a new guy? That’s great! You think everything is going well and then things…. change. All of a sudden this guy you have been seeing loses all contact with you and you have no idea what went wrong. I have been in that dating situation myself. I had to find out that he was dating someone new from a friend, NOT COOL! It can be hard to see the obvious signs he’s not into you. Dating and new relationships are difficult! Below are some signs that I know from experience that will help you tell if he’s just not into you before it’s too late and you end up heartbroken.

1. He has no interest in your personal life

When you first start dating it’s important to get to know each other and share interests. Alarm bells should be ringing if he doesn’t invest any time in your interests e.g. going to the theatre, your favourite band or even your work life. Is he always making up some lame excuse that he is busy or has something planned that day? This shows he doesn’t want to get to know anything about you as he doesn’t plan on hanging around for very long. In his mind why would he want to waste his time with your interests if he doesn’t see you as girlfriend material?

2. He doesn’t want to meet your friends/family

This one can sometimes be the deal breaker for most people. It’s a fairly easy one to notice. You’ve been constantly asking this new guy to meet your friends and family but every time he has an excuse or says “it’s too soon”. If he has no intention of dating you for very long then he will not want to meet your friends or family. If he intends on breaking up with you, he won’t want your friends giving him grief for breaking your heart e.g. getting the pitchforks out! It will only cause him more hassle in the end and that’s something he will want to avoid and make it an easy breakaway.

3. You are not part of his life

On the other hand, what if you’re not part of his life? Have you still not met his friends or family and he hasn’t even hinted that you ever will? A bit strange right?! I wouldn’t hold out much hope. If a guy really likes you, like most other guys, he wouldn’t hesitate to show you off to everyone he knows, it’s a guy thing to want to say “hey look at my girlfriend”. So if he hasn’t showed you off then he isn’t sure if he really likes you or if you are the right women for him.

4. He only text/phones you when he is drunk

If he only calls you when he is drunk chances are he just wants a quick hook up at the end of a night and nothing more. He doesn’t see you as dating material. Unless he works crazy shifts then this isn’t the man for you. I know that you might think oh this guy is paying me attention I don’t want to lose that, but trust me you are better of being single, he is only texting you as a last resort because his night didn’t go to plan. No one likes to be a hook up at the end of a drunken night and if you do then you are only fooling yourself and things will only get worse. You will want more but he just sees you as a casual fling. Never a good situation to be in.

When you are in a relationship, specifically a new one, it’s common for you not to be able to keep your hands off each other or be close in some sort of way. So if he doesn’t want to cuddle, hold hands or kiss in public or never initiates affection then there is something seriously wrong. It’s natural that he wants to be close to you. It shows he likes you. So if he isn’t then take the hint; he’s not into you.

6. He is easily distracted

When you are talking or telling him about your day, does he pay attention? Or is he constantly on the phone or watching TV and you always have to repeat yourself? This guy should be paying attention to you. If he isn’t it only shows that he isn’t really interested in you and would rather be somewhere else.

7. He speaks about other single attractive girls

The only girl he should be talking up is you. So if he is speaking about how “hot” a certain girl is or how attractive she is then he really isn’t taking into consideration your feelings. Especially since he is saying it in front of you. Guys normally speak about women when they are with their friends and single. So maybe he sees you as “friend” material and nothing more? There obviously isn’t that spark between the two of you that makes him think you are worth being in a relationship with. If he really liked you then he wouldn’t even mention any other girls.

8. He doesn’t treat you right

So he doesn’t treat you right? Well, no one's perfect right..? While no one is perfect. if he puts you down at any given opportunity or tries to humiliate you in front of his friends, a few words spring to mind but he shows that he is not into you or he wouldn’t do it. He is being very disrespectful and is not worth your time. You should never let a guy you are dating put you down, no matter how much you like him. Don’t say “but I love him”, I hate that saying! He treats you like dirt so how can you love him? You just think you love him, trust me this isn’t love, not on his part anyway. He is not worth caring about and you are better being single. You will find a man who will treat you right, but for now this guy is not dating material for you.

9 times out of 10 your gut feeling is right, you should always listen to your gut. You will know that something isn’t quite right but you choose to ignore it because you really like this guy. Ahhhhhh, how many times I’ve heard my friends say this. What is the point in staying with someone when you know it isn’t right? Do you think he will change? Or you think it’s just you being silly? It’s neither! You can always tell if someone doesn’t feel the same way about you. You just choose to ignore it, hoping that it will change one day. When it comes to relationships you can’t change anyone no matter how much you try. Trust your gut feeling and if they are not right for you don’t worry. There are plenty of other fish in the sea. Don’t waste your time of guys who don’t feel the same way about you.

So, he is going for the straight forward approach on this one. No messing about. He doesn’t want to waste any more time. It may be a harsh way of breaking up with someone but it’s better than being ignored or stringed along, don’t you think? When he tells you he doesn’t want to be with you anymore don’t say “I can change” “things will be different, I promise”. This isn’t the way to go about it and guys never want to hear you say this it makes you look desperate in his eyes. Take time to get over this guy, go out with friends or have some quality family time. Trust me you will feel so much better not being in that relationship, just remember there are lots of other singles just waiting to meet you.

Have any of these clues helped you figure out if your guy just is not into you? If you answered yes to two or more of these signs then it might be time to just cut all ties. This guy might not be dating material and just wants to be single. But that doesn’t mean that all other single guys are the same. There are men out there who are looking for relationships just like you. Everyone is different. Our singles events are a great way to meet lots of new people and they're a great laugh. Have a look at our website to see if we have any events in your area. In the meantime if you can think of any other signs that haven’t been listed above, drop us a message on facebook, google+ or twitter @SpeedDater_UK
To end on a nice quote:
“Guys are like stars... There are a million of them... but only ONE can make your dreams come true!”